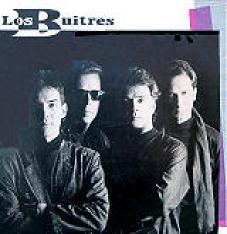 The Jorge Spiteri's musical career is developed in England, during the 70s. He founded the band Spiteri (1972-1976), and Mañana in early 80s. Backing to Venezuela to the presentation of Mañana, he started a new project, and banded a Revival band, not a rock band, but a sixties band devoted to The Beatles tribute. Is the year 1988, and was named Los Buitres:  Jorge Spiteri (leader, voice, keyborads, and guitar); Gustavo Aldrey (bass), Ibsen Rosales (1st guitar); and  Alejandro Pérez (drums). Enjoy!