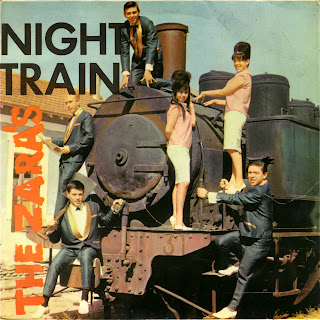 This is one of these times that oneself have made a big effort in offering you an obscure, and unknown story of a band. That took me few weeks, and I have not yet finished. Nevertheless, today is a rainny day in Madrid, and I have enough time to write. Well. The Zara's is the name taken from the same surname of the members. They are are surnamed Zaratiegui, because they are brothers, origin of the apostrophe in "Zara's". Anita (bass, accordion, keyboards, guitar); Jesus (drums, guitar, keyboards); Kim (lead vocals); Kitty (keyboards); Marino (guitar, keyboards, sax); and Toto (Vicente, b. 1946) (lead vocals). They were from Tafalla (Navarra-Spain).
Scott Blackerby, in his website. give some data about them, but he requests more information. Their father was Vicente Zaratiegui, and the mum María Luísa Oficialdegui. For any reason, Vicente Zaratiegui had to go to Germany in early 60s. But this family has a long history that I have to tell you for a better understanding of the band. Their grandpa was named Gregorio Zaratiegui ("Gregorico" is the currently way to call someone in Navarra, and used foll all things. Then, "Chistorra", becomes "Chistorrica", and more), and the grandma María Aguirre (married in 1879). Gregorio gave name of the rest of the family till today: "Los Gregoricos". They have a blog, a book, even they had yearly meetings!: Gregoric@s en red. For any reason I do not know, Vicente had to go in 1952 to Germany with his childs, and, soon to the USA (today, Toto and Marino are both in Las Vegas). The name of "The Zara's" could came from several ways. 1) In Spanish, Los Zaras could be the short name of the family surname Zaratiegui.2) As a band that wants to hightlight that they are sons of a Zaratiegui.  I prefer the 1st option, since "El camino de los Zaras" (The Zaras' way) is a real name for a rural way, a beautiful walk to go to "La casa de Gregorico", as is currently named. This is the house from where Vicente, María Luísa, and sons go to Germany. By the way, Vicente became a famous singer of "jotas", the regional chant and dance in Navara.
He is named as a soldier and jota singer during the Spanish Civil War (1936-1939), along with others famous singers, such as Raimundo Lanas, Vicente Zaratiegui, Florencio Aoiz («El templau»), Víctor Iradiel, Perico («El Paje»), Zabalza, and Luziano Izura.. He recorded at late 70, before he leaved, a tape with 14 "auroras", a viariety of jota. Today, you can listen one of his "jota navarrica". Anyway, the Zara's bross studied in "Los Escolapios", aka "Escuelas Pías Emáus". "The Zara's" were acting in Germany, covering popnd soul hits. Success touring American military bases throughout Europe seems to have attracted the attention of the German Kerston label which signed them to a recording contract, the band debuting with a 1965 single: "'Ride Your Pony" (A-side), and  "'Maria" (Kerston catalog number 60 003). 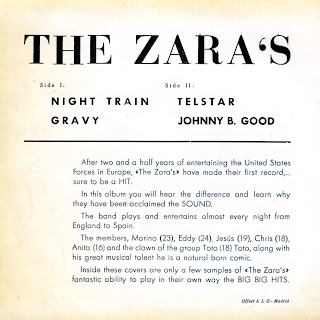 That was followed by an EP on the Spanish Fonogram label - "Night Train" (Fonogram catalog number T 20 006 Z. A1 Night Train; A2: Gravy (uploaded song); B1: Telestar, and B2: Johnny B. Goode. Marino was then the oldest (24 years old), Eddy, 24; Jesús, 19; Chris, 18; Anita, 16; and Toto, 18, as you can read in the back of the EP. In the same year, they recorded their 1st LP for Kerston Recordsa (Small German label, owned by Fred Kersten. Mainly releasing Beat, Garage Rock and Schlager in the 60ies. In the 70ies the focus was Kraut- & experimental Prog-Rock). The name of the LP was "The Zara's Way" (! - Do you remeber?). Scott Blackerby, in his website says: I'm guessing the target audience were American servicemen and the twelve tracks were probably a good indication of what their live repertoire sounded like - a heavy mix of early and mid-1960s pop, rock, and soul covers. Musically they weren't band, turning in decent, if rather rote covers of the source material. Lead singers Toto and Kim were a different story. Neither had much of a voice and the fact they were singing in a non-native language occasionally gave the performances an unintentionally funny edge. A couple of their musical choices were also puzzling - hard to image G.I.'s going wild when they heard the organ-propelled 'Maria'. Well, maybe they really liked 'West Side Story. 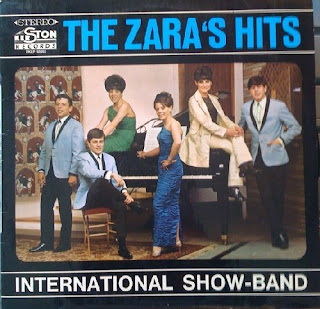 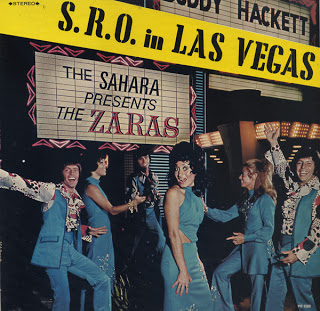 In these years, "Los Zaras" did not were alone, since Vicente, the father, was with them in the USA, according with Javier Torralba, in his blog.: I was very lucky for met Vicente Zaratiegui. When their children were established in North America, he back to Tafalla and his remaining years of "active" in the "Brotherhood of the Twelve". I was just in and share many celebrations, funerals and Ujué travel. At that time we did that Pentecost was also the day of families. In the shelter of the Carravieja had Mass and then a "costillada" (a BBQ). Vicente played his guitar and the desktop, with Maria Luisa Oficialdegui, his wife, enjoyed some unforgettable moments.And Arantxa Maxco Hernando, in the book "Los gregoricos" writes: Vincent came occasionally from Germany and stayed a week or two to chop wood and cement. Said that helped him materially and morally his cousin Pedro M ª (Zaratiegui.) In the spring of 1969...They last record was done in 1972: "The Fabulous Zaras" (Parnaso catalog number P-LPS-1108), when they were definitgely in Las Vegas. As I say above. Marina and Toto are living in Las Vegas today. Toto uses to perform in that city, playing in "The Mirage", or "Red Rock Casino" (search in Google: "Red rock Casino" "toto zara"), displaying an extensive musical activity. You can take a look to his website www.totozara.com, or several videos inYoutube (1, 2, 3). Jesús Zaratiegui, 58, of Las Vegas, died Monday February 24, 2003, in a local hospice. He was born Dec. 25, 1944. A resident for 33 years, he was a Sunrise Hospital manager for 28 years. He is survived by his wife, Cheryl; one son, Greg Zaratiegui, one daughter, Dawn Zaratiegui, two sisters, Francisca Zaratiegui and Anita Zaratiegui, and two brothers, Marino Zaratiegui and Toto Zaratiegui, all of Las Vegas. Visitation was scheduled 3-7 p.m. Thursday in Palm Mortuary, 7600 S. Eastern Ave. Services will be 2 p.m. Friday in St. Francis De Sales Catholic Church, 1111 Michael Way. Burial will follow in Palm Valley View Memorial Park. The family suggested donations to the American Cancer Society, 1325 E. Harmon Ave., Las Vegas, NV 89119. Anita Zaratiegui (b. July 2, 1948) leaves Dec. 2, 2007 by a car crash. She rested at Pal Mamorial Park (Green Valley, Las Vegas).
Well, I upload "Gravy", from the spanish EP, a cover of Dee Dee Sharp's hit (1962), that I upload too. ENJOY!!

Excellent finding!!!
Thank you so much for discover this band

Many thanks, Luis!
M.