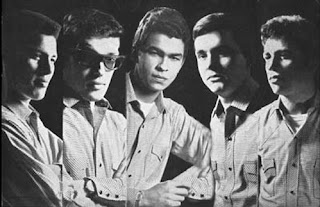 Los Impala is a Venezuelan rock band from Maracaibo (1958). The band had in his first fomación to Henry Prado (piano); Gilberto Urdaneta (bass), and Servando Alzatti (drums). With a changing line up (Pedro Alfonso, Bob Bush, Heberto Medina, Rafael Montero, Piedrafita Alpaca, and Edgardo Quintero, among others members, finally they disbanded in 1961, when Servando went away to the USA as scholar. Two years later Edgar reforms the band with Francisco Belisario, Henry Stephen, Nerio Quintero and Omar Paduai. In 1966, Stephen started his solo career, bein replaced by Rudy Marquez who came from another band: The Dangers. Having the possibility of going away to Spain, Omar remains in Venezuela, being replaced by Bernardine Ball (ex- the Blonders). In September 1968, they travel to Europe till the end of 1969, alternating its stay with tours to England, Holland, France, Denmark, Italy and Portugal . After a concert in Caracas in early 1970, they disbanded again, after 7 LPs. In 1990, 20 years after their separation, they re-band to offer a concert in Maracaibo, having such success, that in 1991 realizes a show in Caracas, and a national tour. Nevertheless, they soon be  separated again. They have been considered as the first group of Venezuelan rock, and in 1964 impelled Venezuelan musical movement in Caracas, along with The Supersonics, The Claners, The Darts, and The Dangers. Omar Paduai died in 1993 whereas Stephen, Márquez and Belisario continued with the group next to Ruben " Micho" Strap, Ivan " The Gordo" Marcano (ex- The Nasty Pillows, ex- Group of Mike Kennedy and ex- Daikiri ) and Marisela Perez.