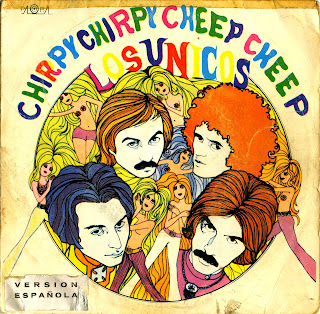 For a better understanding of the story of this band, that had as real name the famous "Mi generación", and of the record of this song, let us translate what José Valverde, a member of the band said in his blog on the history of "Mi generación". I asked permission to him, who kindly accepted. Many thanks, Pepe! By the way let me tell you that the story contained in the blog is an abstract of his book Memorias de la cigarra, a book with a lot of data for Spanish music lovers, a very interesting issue that I recommend from here. 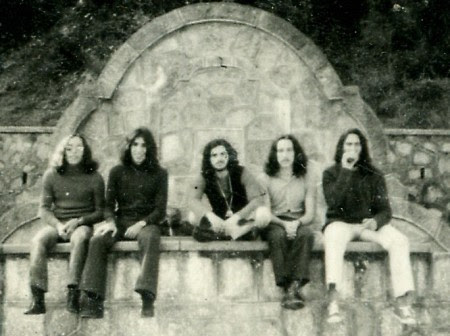 During December 1970, Mi Generación had a frenetic activity. While they were recording their 1st record for an independant producer, they played in the marathon rock contest “Las 24 horas musicales”, at Radio Terrassa, winning the 1st prize, and 10.000 pesetas (60 € today). The Saturday 12, December, they went back to finish the recording sessions. In 1971, Monday 4, January, they received the prize Grupo Revelación del 70, at Radio Barcelona. In January 5 they played in one of the most important rooms in Barcelona: Coconut.  It seems that the band will finally stay in the right way. Nevertheless, one after the other, they had to do the military service during the next five years, till July 15, 1975, when José Valverde finished his. With changing members, they decided the searching of a basist who also could sing. A hard job to do, since none had the appropiate conditions. Finally, José Valverde accepted to be the singer-bassist of the band. With the banding of another very good musician, Xavier Garriga, ex member of Tuset31, ex-Los No, and an excellent fingerpicker of his Telecaster. Then, Mi generación was composseed by Antonio Palacín (keyboards), Eliseo Parra (drums), Francisco Fernández (guitar), Xavier Garriga (guitar), and José Valverde (bass).

Fortunatelly, the recording sessions was the way to get an agreement with a record label, after being refused by BELTER, EDIGSA, and ARIOLA, among others. Ramón Ferrán, legendary jazz drummer, visited them in a record session. He also was the Artistic Director of FONOGRAM, giving them the opportunity of an audition test, successfully approved. What Ramón Ferrán wanted from them was the recording of a “canción del verano” (Summer song), something refused by Mi Generación. After that, they sang the backing vocals for the record of a 45, in which sang Nino Sánchez, of Palobal Records. In March 1971, The owner of  Palobal, Pablo López Balada, who was very gratefull with them, decided the record of the sumer song, a Spanish cover of a hit of the moment. The selected song was “Chirpy Chirpy Cheep Cheep”, already recorded in Italy by RCA, and by a Scotish not-well-known band: Middle of the Road. Pablo López payed at the moment. The only condition from Mi Generación was that the name of the band should not appear. then, just for one time, Mi Generación was Los Únicos. As result of this collaboration, Mi Generación signed their 1st recording contract, which included the issue of their yet unreleased single.
Enjoy!