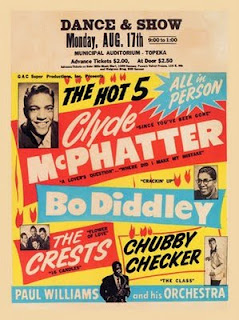 In Canary Islands was very easy to find music instruments during the Sixties, as well as to hear the beat novelties. In 1961, a teen named Eduardo (Teddy) Bautista banded "Los Diablos del Rock", along with few friends. They currently played at the bars near Maspalomas Beach. they were Teddy (rythm guitar and singer), José Manuel (bass), Germán Pérez (2nd guitar), and Tato Luzardo (drums). After a short stay at Tenerife, Teddy back to Las Palmas de Gran Canaria Island, and renamed the band as "Los Ídolos". In early 1964, Cliff Richard & The Shadows were there for filming "Wonderful life" (Sidney J. Furie, 1964). During the nights, Cliff and The Sahdows currently go to Club Flamingo, where Los Ídolos were playing these days. Then both band meet,and played together. This fact caused a suddenly fame in the press for Los Ídolos. Enjoy!
Partually taken from La Fonoteca.