LOS SALTAMONTES - I WANT TO HOLD YOUR HAND 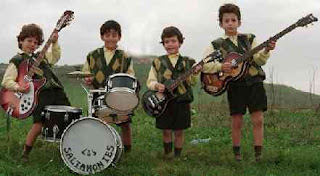 At late 1993, Chema and goods friends (Javi, Jaime and Fran) made a minibeat group with "beatle look" in A Coruña: Los Saltamontes (The  Grasshopper). In these year, Chema was 7, Javi 8, Jaime 6, and Fran 8 years old. The most important, as Chema's dad say, was his fun. 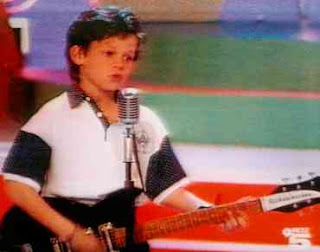 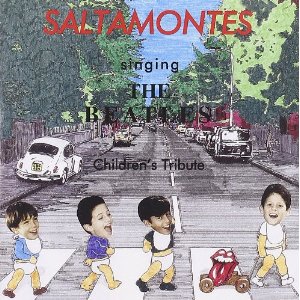 They recorded 3 LPs, being the most renowned "Singing The Beatles -Children'S Tribute". They reached such a success that Paul McCartney, and Yoko Ono, both congratulated them for their well-done work, by handwritten letters, and few presents (read in ABC newspaper). Even they played in Liverpool,at the legendary Matthew St. (April 1997). See videos below, and enjoy the song!
Text partially taken from  Beatlescollector. If you want their songs:  beatlescollector@beatlescollector.net
More at La Voz de Galicia, Crisálidas&Bucles.

Los Saltamontes - I want to hold your hand