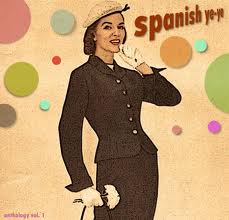 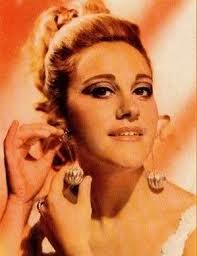 Adriángela, winner of the 2nd Festival of Palma de Mallorca in 1965, whose real name is Maria Jose Guillen, born in Valencia on September 23, 1942. She is the only child. His youth unfolds in a middle class environment. From a young age she became interested in piano studies later left unfinished. Enter the College of the MM. Marianists where she attended elementary and high school classes. She is a bad student but teachers always said she was intelligent and possessed of a strong learning capacity. Adriángela, still attending school, proposed to her parents proposed study ballet, to which access, putting two recognized teachers: Esperanza Roy, and Paco Reyes, ate the Conservatorio de Valencia. No choice but to follow her books again: every time the torment more but Adriángela knows what she wants. A group of friends are encouraged to make her a member of the Asturian Center, to which she agrees. Among her  moments of fun, Adriángela in the Asturian Center, Adriángela met a boy who wanted to be a composer, and who later going to have some significance in her career. They both would like to have fun and spent some very good times. He was called Mario Sellés. Adriángela sang there in meetings, and was listened by the director of the Chorus Center, which asked her to join them. If you had to sing, there was Adriángela and did so well that soon made her solo. Adriángela finally decided to turn to "modern music". 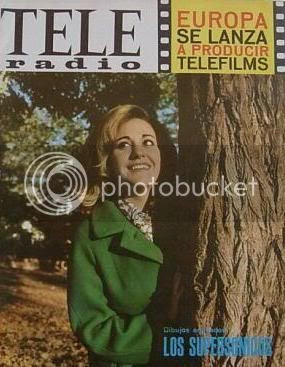 Then came the opposition of her parents. She had never proved tenacious, but this time she was, and by dint of insisting more and more, got their parents to be in the 1st Madrid Song Festival (1961), with a song called "Love Concert", of Mario Sellés, and she placed third. He signed with Iberofón records, lauinching her 1st EP ( "Concierto de amor", "Un cielo roto", "La balanza", and "Universo"). Later is Benidorm who want to know Adriángela, and she is wanted for its 4th festival, where she gets a great experience because the public of Benidorm has always been very demanding. Benidorm holds the oldest  festival in Spain. In 1962 she signs with "La voz de su amo" records, lauching her 2nd EP ("Llevan", "Quisiera", "No", and "A pesar de todo", being allof them hits of the Benidorm Festival). After that, she formed a trio with Fernando and Chenano named "The Goyas", with which she acted throughout Spain, reaching out to Germany. That was a year and a half, until she was convinced that his real triumph was solo. The Eurovision Song Contest opened to the attendees and Spain rides his preliminary Eurofestival stage, summoning several Spanish singers, composers, and those who want it. Attend one hand, Mario Sellés as composer with the song "Cantares", and, on the other, Adriángela, singing that song, and reaching the Final, being among the first four. When a singer has her own way, walk it is easy. The recorder label, knowing the quality of its new artist, and the role she could do, representing the seal in the II International Palma de Mallorca Song Festival, she go, along with the singer Mochi. Both get the first prize with the song "Recordar"/"Remember", composed by Selles. The triumph of Palma de Mallorca is accompanied by the most favorable critics. Summarizing each other, come to say: "Adriángela, a right winner in Palma de Mallorca". This is the life of our star, which has only 23 years in 1965. In these year she signs with Zafiro Records, launching13 singles, and 3 EPs. She can be considered as a real intellectual, as she has strong preferences for modern literature that accompanies her in her travels. She also likes classical and Spanish music, such as Falla, Granados, and Albéniz. From her youth, jazz was her obsession, to the point of dreaming of their most outstanding performers: Ella Fitzgerald, and Ray Charles. 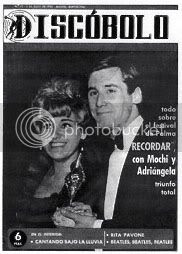 She also likes electric-guitars bands, because she is passionate about the rythm of the young boys. Her favorites are "Los Brincos" and "Los Relámpagos". Adriángela has participated in the most important radio programs, and TV Shows, where she participates: «Saturday 65», «Musical 14'20" and "Night of Stars", which has achieved great success. Now goes to all song festivals, beating a record turnout as Benidorm, she will attend Aranda de Duero Festival  as guest artist, and the Festival del Mediterráneo as a participant. Getting out of the artistic life, know that Adriángela is a perfect housewife, loves the home privacy, that leaves on rare occasions, not including professionals. She loves carefree movies, especially Doris Day. She also likes sports a lot, and her favorite is swimming, and the ski. Hers favorite actors are William Holden, Paul Newman, Charlton Heston and Kirk Douglas. She initially takes to singers Mina, and Rita Pavone as references, changing later to be near to Dusty Springfield. She is too perfect for be a ye-yé singer, being better in the middle of an orchestra than a modern band. in 1969, she breaks with Zafiro Records, recording 2 EPs, one for Sintonía Records (1969), and toher with Fidias records (1971). In 1973, she decided to finish her singer career, moving to Torremolinos (Málaga), where she keeps acting for friends in her piano-club "Adriángela".